If you look into his eyes, you won’t see any aggression. Labrador is considered to be a guard dog, but it is no less good as a companion pet. They call him an optimist among dogs.

This dog is not an excellent guard or fighter, but he is a real helper of a person. Very often pets do the work of guides. By their nature they are real gentlemen, they radiate cheerfulness, they are never boring. Breed among the most popular in the world.

The history of the breed

The researchers were unable to establish the exact origin of this species. But there are several theories on this subject. Their ancestors are considered to be the nufoundland dogs who lived on the island of the same name.

The breed is named after the Labrador Peninsula. There is also a version that it is named not in honor of the geographical area, but in honor of the labradorite. This stone has a rich black color and dogs at first had only such a color. Another interesting theory is that the name comes from the word “labrador”, which means “hard worker”.

And everyone knows that these dogs are distinguished by their hard work. For centuries, animals have been helping people on land, hunting and at sea.

There is a theory that only the ancestors of these animals were brought from the island, and the breed itself was already bred by British breeders. And it happened by crossing with black hounds and pointer. Others suggest that the ancestors of the retriever’s labrador were Viking dogs.

The great interest to these dogs was observed already in 30-40 years of the 19th century. In Birmingham in 1870 even the first exhibition was held, where Newfoundlands and black labradors were declared as different breeds.

At this time, dogs became very popular with the aristocrats, repeatedly became members of the royal families. And in 1903, after a serious selection work, the breed Labrador was officially recognized.

The beginning of the 20th century is considered to be a golden age for this species. At that time they were very popular. There were many nurseries in England.

It was during these years that the golden dogs became in demand. The third in demand was a chocolate-colored retriever. Gradually, the fame of these beautiful pets spread all over the world. Amateur clubs were established in different parts of the world.

Labrador retriever: description of the breed

They were bred exclusively as working dogs. At first they were indispensable helpers for fishermen. They helped them get their gear and fish out of the cold water. Today, the Labrador is considered to be the best dog assistant for people with disabilities.

Also, they are often involved in various rescue and search operations, with this work they do an excellent job. Nowadays, these dogs are less frequently used for hunting, they have long ago moved into the category of pets. Because they are able to give love to all family members. This is one of the best family dogs.

Labrador retriever has a calm temperament, which makes him an excellent therapist among animals. Very often they provide psychological help in centers and clinics where they undergo rehabilitation.

And also in orphanages, orphanages and nursing homes. Excellent helpers not only in fishing, but also in hunting. And all thanks to the sharp sense of smell. The only thing they can’t cope with is home security. And all because of its friendly nature.

It’s hard to imagine a dog more loyal and gentle than a labrador. They’re nice and kind not only at puppy’s age, but also as adults. Dogs are always full of energy and ready to have fun with their owners. They are playful, good-natured and sociable.

A dog is a true friend of a human being – this is an expression exactly about them. When they are in the family circle, they are overflowing with happiness. And the dog feels great about the mood of people. If you are ready to play, he will be happy to accompany you. If you want to arrange a movie night on the couch, he will sit quietly next to you.

Labrador perfectly fits with children of all ages. Ready to play with them and play with them all day long. He is kind to other pets and is good friends with cats. This dog is a real find for beginners dog breeders.

Before you buy it, you need to know a few things:

All dog breeders agree that this dog is very easy to care for. This applies to both maintenance and training. They moult all year round. To keep your dog’s hair tidy, you have to comb the dog every day.

They also smell like dogs, so they need to bathe more often than other breeds. It is also important to keep your ears and teeth clean. Ears should be wiped with a special solution and teeth should be brushed weekly.

Can I live outside? The answer is yes. But to do this, you should equip a spacious enclosure with a heated box. Dogs also feel good in the apartment. But they better take a small room or a loggia.

The optimal age when you can take a baby labrador into your family is 3 months.

whether living on the street or in an apartment how old you can take a puppy.

These dogs are trying to please their master in everything. That’s why the labrador is very easy to train. The main thing is to bring up as soon as you take a little puppy. And it’s worth remembering that dogs love to play, so it’s best to turn learning into a fun quest. Having taught the little one the basic commands, you can begin to study and more complex. You will quickly notice the growth of the student.

Dogs are very fond of snacks and are therefore prone to obesity. That’s why it’s important to keep an eye on your dog’s food when he comes to you as a puppy. Give him more exercise. Feed him natural food or cooked food. Include meat, vegetables and more porridge in the diet. Never give your pet pasta or sweeten it. Otherwise, the dog will increase significantly in size.

How long does a labrador live

Their average life expectancy is 10-13 years. Life expectancy, as in humans, depends on the quality of nutrition, living conditions and health. 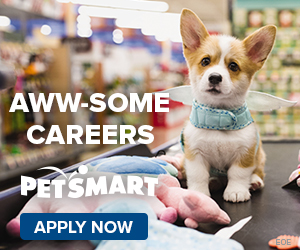 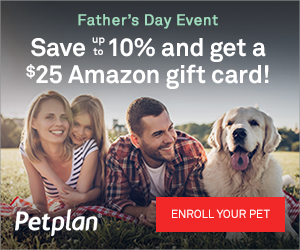